All my cameras since my first digital camera, Fuji’s Finepix 4900z, have been Canons.

I have been a big fan of their Sn IS series. These were cameras you could take anywhere. Mind you, they were not small or featherweight by any means, but to get anywhere near the zoom range they offered using a DSLR would probably have meant lugging around about 20 lbs in an ungainly bag. They were not dirt cheap, but if you waited 7-8 months after their introduction, you could get them for about $350 online which, I think, is much cheaper than a good, fast zoom lens for your favorite DSLR. That, of course, mean that I would indeed take the camera everywhere.

The best accessories you could buy for your Canon Sn IS were offered by Lensmate. My favorite was the metal lens barrel which allowed you to attach a bunch of filters but also protected the lens. It basically turned that camera into a hammer ;-) Mine took some beating: 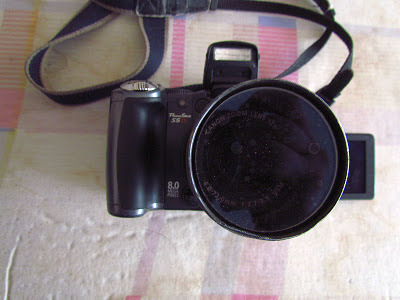 I was even able to attach the MR-14EX ring flash to it using some creativity and Velcro: 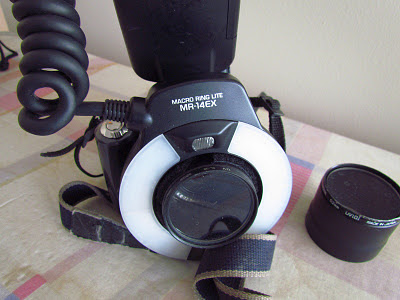 Why all the past tense? Well, I was parted with my S5IS in earlier year due to total stupidity on my part and I was not going to see it again for at least three months. I could not be without a camera for that long, so I broke down and bought the SX-30IS which was the successor to the S5IS at the time.

I looked at other cameras with long zooms as well, but the fact that they did not have the variangle LCD screen that I knew and loved which enables one to actually compose shots when shooting over crowds or around the edge of a rock on a cliff, and the availability of CHDK kept me in Canon’s camp.

The picture quality and zoom on the SX30 are great. I cannot fathom why they would have taken away the night portrait mode (it is a very useful shortcut even in full daylight). It is great to be able to zoom in and out and take as many photos as you want while you record video (a feature all my Sn IS cameras had), but in this camera the noise from the lens moving is very, and I mean, very audible, and annoying.

But, the most important and negative change to me was the fact that you could no longer attach a nice metal barrel around that lens. Especially since it extends so far when you go into full zoom. So, if you are climbing some rocks, you better make sure then camera is off. Otherwise, you might break the lens at the worst possible moment—instead of just denting or scratching a protective housing. So, climb a little, turn camera on, wait, take photo, turn camera off, climb a little more … is annoying. Now, of course, a lens barrel that is able to accommodate the lens on this camera when it is fully zoomed in would be much longer than the one I had on the S5IS, which would make it a much less convenient add-on. 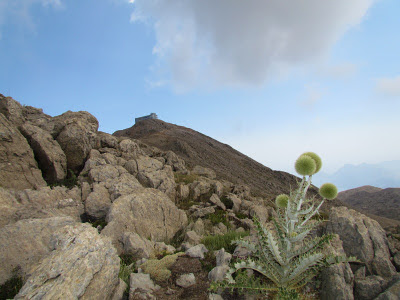 Also, gone is the ability to use AA batteries. You get one of those proprietary batteries. I bought a second one just in case, but so far, one battery has been able to keep up with two days of video and photo shooting (enough to fill two 8GB SD cards at a time). I think it helps that I use the viewfinder to compose and take my shots 99% of the time.

I thought, “this way, I’ll have a rugged, beat up camera which I can beat up some more, take to the beach etc.” I was reunited with my S5IS in Turkey in August, but the reunion was short and ended abruptly when my girlfriend accidentally dropped it on the rocks, and it rolled on a ragged surface after a heartbreaking sound and then fell in to two feet of salty Mediterranean water where it had to sit about three minutes before I could take it out. All my efforts that worked in rescuing coffee soaked computers in the past failed. I don’t know what killed it, but I strongly suspect it was the salt water rather than the fall.

I just saw the new SX40 in the store.

The negatives I mentioned above remain. I don’t know what Canon can do about the lens barrel, but I do wish they would work on that noise from the lens itself. Oh, and I would appreciate it if you have any suggestions for how to use the MR-14EX with the SX30 IS.

See Steve’s review of the SX40.