I first heard about the zsun WiFi SD Card Reader a few days ago. You can read about the tech specs. In a nutshell, it is a WiFi access point with more flash (16MB) and RAM (64 MB) than most OpenWrt supported routers. Add the fact that you can plug in a rather sizeable micro SD card (I had a 16 GB one lying around, but I believe it takes up to 128 GB), and you have a matchbook sized computer with interesting possibilities.

The moment I read the post by emeryth, q3k, and informatic, I knew I had to have one of these. Luckily, Amazon had one at $12.99, and I ordered it right away.

While waiting for the order to arrive, I noticed that the hackerspace.pl guys had figured out how to flash this device with a customized version of OpenWrt without any deep surgery.

The package arrived yesterday. I immediately inserted a spare micro SD card I had lying around, plugged the zsun device into my incredibly useful Aibocn Power Bank: 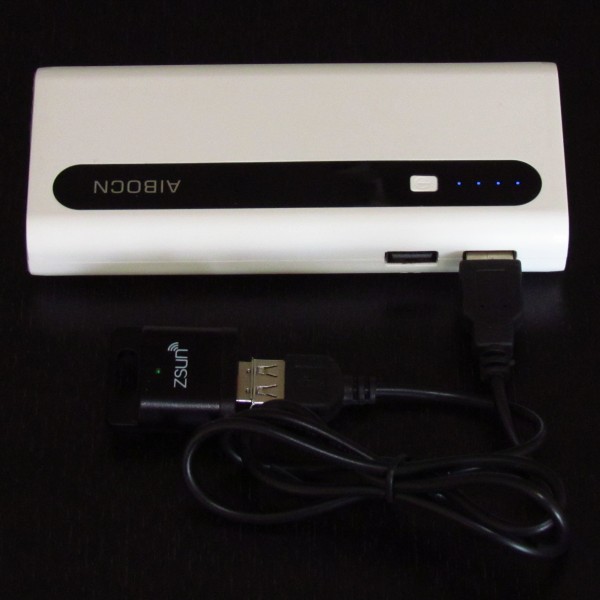 Sure, I could have plugged it in directly, but then the little green LED would have been on the other side, and it would have blocked the other port — which would have bothered me to no end despite the fact that I am not using it at all at the moment. Anyway …

Then, I joined the open zsun-xxxxx network, and put informatic’s customized OpenWRT image on it.

To upgrade to the OpenWrt firmware, you:

The last step returned -2. For the next few minutes, I did not know if the procedure had worked, or if I had bricked the device. But, lo and behold, the open OpenWrt network was soon up, and I was able to quickly browse to 192.168.1.1, log in to LuCI, set a root password, changed the WiFi network name, and set the WPA2 PSK.

Also important, I did all this using a Windows computer. A properly set up Linux computer may also work, but trying to create the .update directory from a Mac command line borked the SD card a couple of times, so I decided to format it, and try it on a Windows computer.

Here are some screenshots: 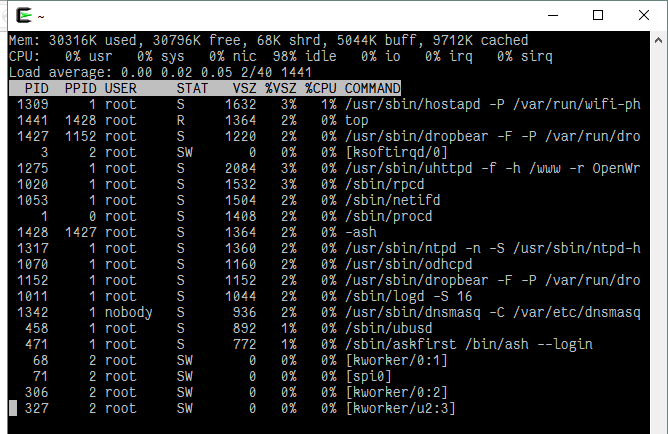 This, of course, just gave me a taste. I haven’t yet had time to fiddle with anything, but, it looks like there is going to be a lot I can fiddle with ;-)

Along the way, I realized that the OpenWrt package repository took less than about 250 MB, so I went ahead and downloaded all the current packages, and transferred them to the micro SD card. This way, I can install packages on the zsun without it being able to access the internet. 16 MB flash gives a lot of headroom. I can have my perl, and still have about 10 MB flash space left over. And, of course, gigabytes of space on the micro SD card, I have the freedom to cross compile whatever I want and put it on this little miracle. 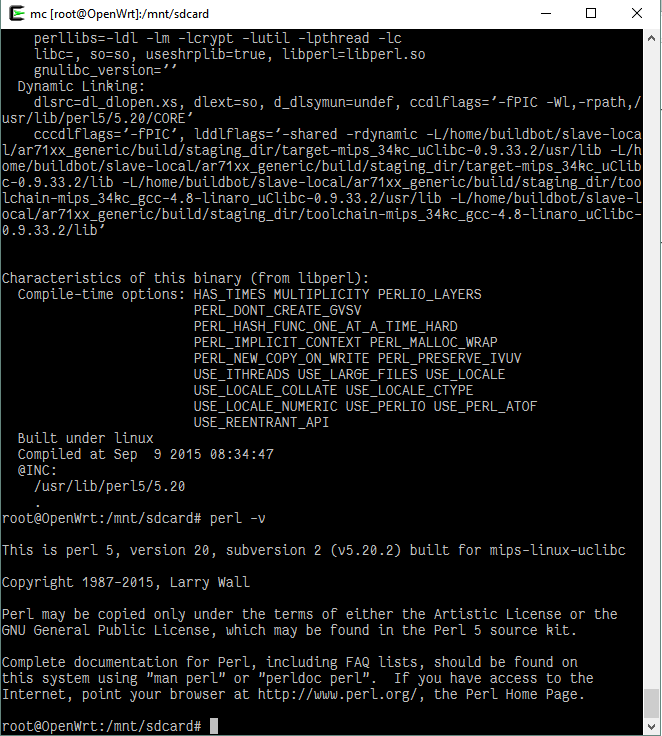 The one thing that the original firmware had was a GUI to utilize the hardware’s ability to bridge to another WiFi network with a WAN connection. I would like to figure out what configuration changes I need to make to enable that. I am also going to try to build a custom image with Perl on it.

I have some ideas, such as the possibility of running small economic experiments without relying on an internet connection, which require figuring out how many simultaneous connections this thing can support. I got this idea when I first saw the Linksys WRT 1900ac, but that device is rather pricey for the kind of casual exploration I have to first go through. Still, if I can get something working on this device, changes are, I can then have a decent working implementation on the much more capable Linksys.

A big thank you to emeryth, q3k, and informatic, without whose work I would still be trying to figure out how to set up my OpenWrt build environment.

I am still going to do that to cut down the image size a little more, and include some of my favorite tools, and preferred configuration options by default. It was priceless to able to jump right into doing nifty things with this matchbook sized access point.

PS: You can also get the cuter Levin Ultra Compact 5000mAh power pack for this gizmo: It has half the capacity, but it does look better. After all, I am one of those people who still thinks black is the only acceptable color for electronics.

PPS: You can discuss this post on Hacker News.